OCD-like checking in the lab: A meta-analysis and improvement of an experimental paradigm

We first performed a meta analysis, and also analyzed data from the new and improved checking paradigm.

What was the outcome of the meta-analysis? 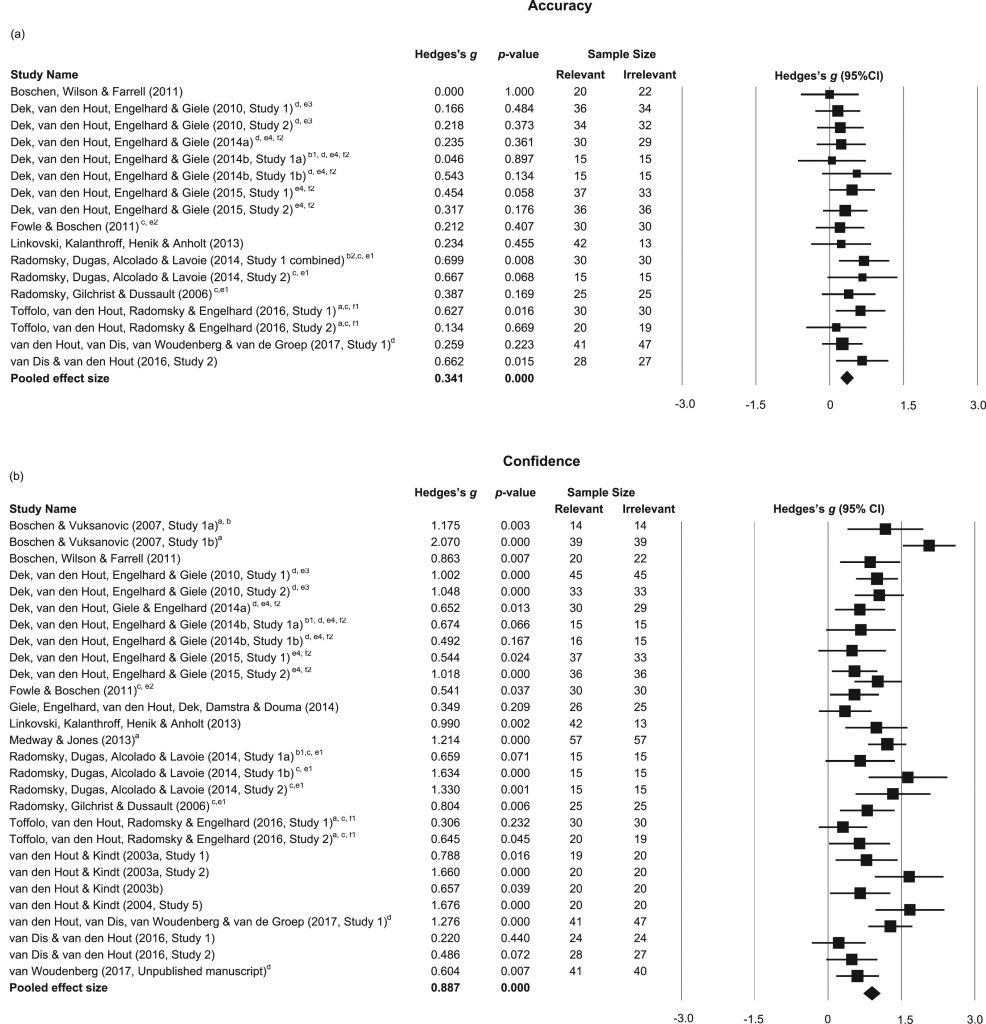 How did the new task compare to the previous version? 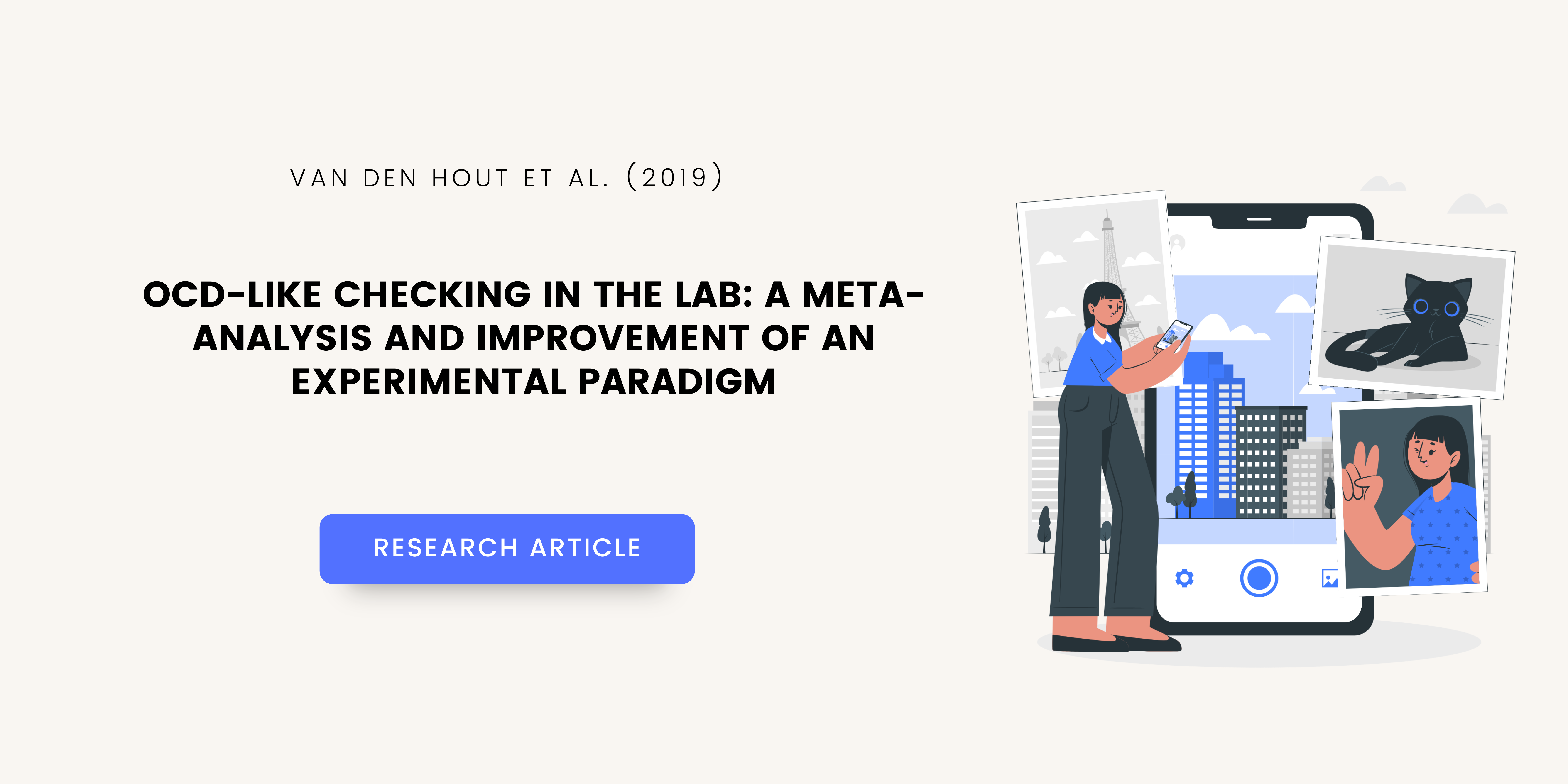 Van den Hout and Kindt (2003a) developed a Virtual Gas Stove Checking paradigm. They demonstrated that repeated checking resulted in lower confidence and reduced the vividness and detail of recollections. Over the past decades, many experiments have used (an adaptation of) this experimental paradigm to study phenomena related to obsessive compulsive disorders (OCD). The first aim of the present study was to conduct a meta-analysis of experiments (k = 28; N = 1662) on the repeated checking paradigm. Repeated checking was found to have large effects on decreases in memory confidence, vividness and detail. Unexpectedly, repeated checking also produced small reductions in memory accuracy. The second aim of the present study was to develop an improved version of the checking paradigm in which 1) stimuli presentations were fully balanced; and 2) the checking latency was comparable across stimuli in order to 3) assess actual checking behavior. The improved version (Virtual checking task 2.0) replicated earlier findings on meta-memory.