To successfully interact with others, we need to evaluate ourselves (and how we compare to others), and monitor what they think about us. The same brain area (mPFC) seems involved in both these processes, so we frist tested whether their neural substrate overlaps within individuals. However, to understand how people adapt their social behavior, it is not only important to understand how people process evaluations of themselves, but also how they respond to them. Therefore, our second goal was to explore neural processes being engaged during retaliation.

We assessed (1) how people evaluated themselves, (2) how they process evaluations of themselves and (3) how aggressively they respond to such peer feedback by administering two fMRI tasks, which are depicted below. 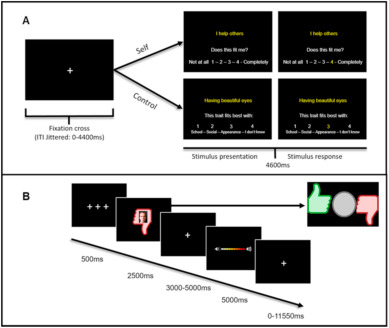 Could be replicate prior findings using the same tasks?

We first replicated earlier behavioral and neural findings on self- and social evaluations, by showing (1) less deactivation in medial PFC for positive vs. negative self-evaluations and (2) higher activity in anterior insula and ACC for positive + negative vs. neutral feedback. 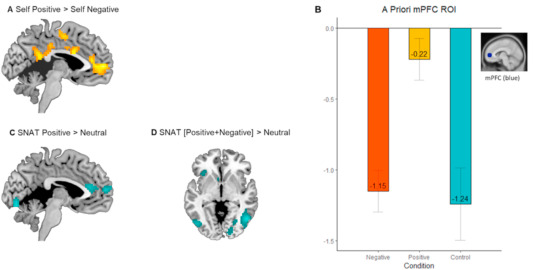 This latter finding is in line with the hypothesis that these regions are part of a salience network for high valence stimuli. Our study also revealed subtle differences in the extent to which left insula, right insula and ACC were responsive to positive for negative feedback. 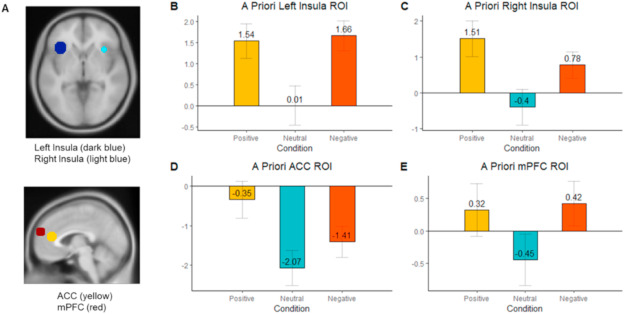 A mechanism behind aggression regulation?

We also replicated the finding from previous research showing that higher activity in dlPFC when receiving negative social feedback was associated with reduced noise blast aggression.

Curious about this effect? Take a look at the studies conducted in children and adolescents by Dr. Michelle Achterberg. 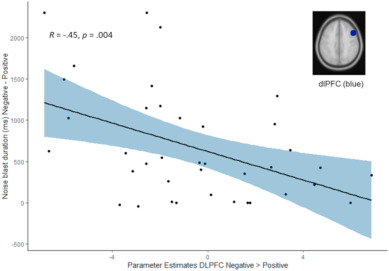 What happens in the brain during retaliation?

Together, our findings suggest that the medial PFC is more strongly involved in protecting positive self-views from both internal (self-evaluation) and external (peer feedback) points of view, whereas the dlPFC is more strongly involved in regulating retaliatory responses following social rejection, and actively inhibiting aggressive behavior after receiving positive peer feedback.

Prior research has implicated the medial and lateral prefrontal cortex (PFC) in processing evaluations from the perspective of self (self-traits) and evaluations from others (peer feedback), suggesting that these areas form a neural substrate that serves an intertwined function in monitoring self in relation to others. To test this possibility, we examined neural activation overlap in medial and lateral PFC after processing self- and other-informed evaluations. Young adults (age range 18–30-yrs, n = 40) performed two fMRI tasks. The self-concept task involved rating whether positive and negative traits described themselves. The Social Network Aggression Task involved processing positive, neutral or negative feedback from others, with the possibility to retaliate by blasting a loud noise following feedback. The results show that rating positive self traits and receiving positive peer feedback was associated with increased activity in an overlapping region in medial PFC. There were no significant correlations on a behavioral level and medial PFC activity for self-versus-other evaluations. The study further replicated the finding from previous research showing that higher activity in dorsolateral PFC (dlPFC) when receiving negative social feedback was associated with reduced noise blast aggression. Finally, during retaliatory responses after receiving positive feedback, participants showed increased activity in the dlPFC. Together these findings suggest that medial PFC is more strongly involved in protecting positive self-views from both internal (self traits) and external (peer feedback) points of view, whereas dlPFC is more strongly involved in regulating retaliatory responses following social rejection, and actively inhibiting aggressive behavior after receiving positive peer feedback.